Since the launch of @SBMNotBroken on twitter we have been working hard to draw together all the offers of support to form a coherent collection of ways SBM's, SBL's and other Support Staff working in schools can get help.

This will be fully launched early in 2022. In the meantime please take a look at our mission statement and if you need help now then Click Here .

If you are a business looking to become an advocate and provide support to the SBL Community in some way then take our advocate pledge now.

In October 2021, I decided that I could no longer stand by and watch talented professionals suffer or leave the SBL community. What started as a personal declaration has led me here – to the SBL Support Hub.

Despite the role of School Business Leader being one of the most rewarding roles I have ever done, I could see that a role which can be isolating and overwhelming in ‘normal times’ had become increasingly challenging for many.

I’ve felt this way myself and the only way that I can describe it is to say that I felt ‘broken’. I’ve never felt that way before and I never want to feel that way gain. Because I know how bad it can get, I immediately went into SBL mode and wanted to help in some kind of practical and supportive way.

I decided to reach out on social media to the SBL community with a short survey asking SBLs about their worries and concerns.

At this point, I had no idea what was about to happen. 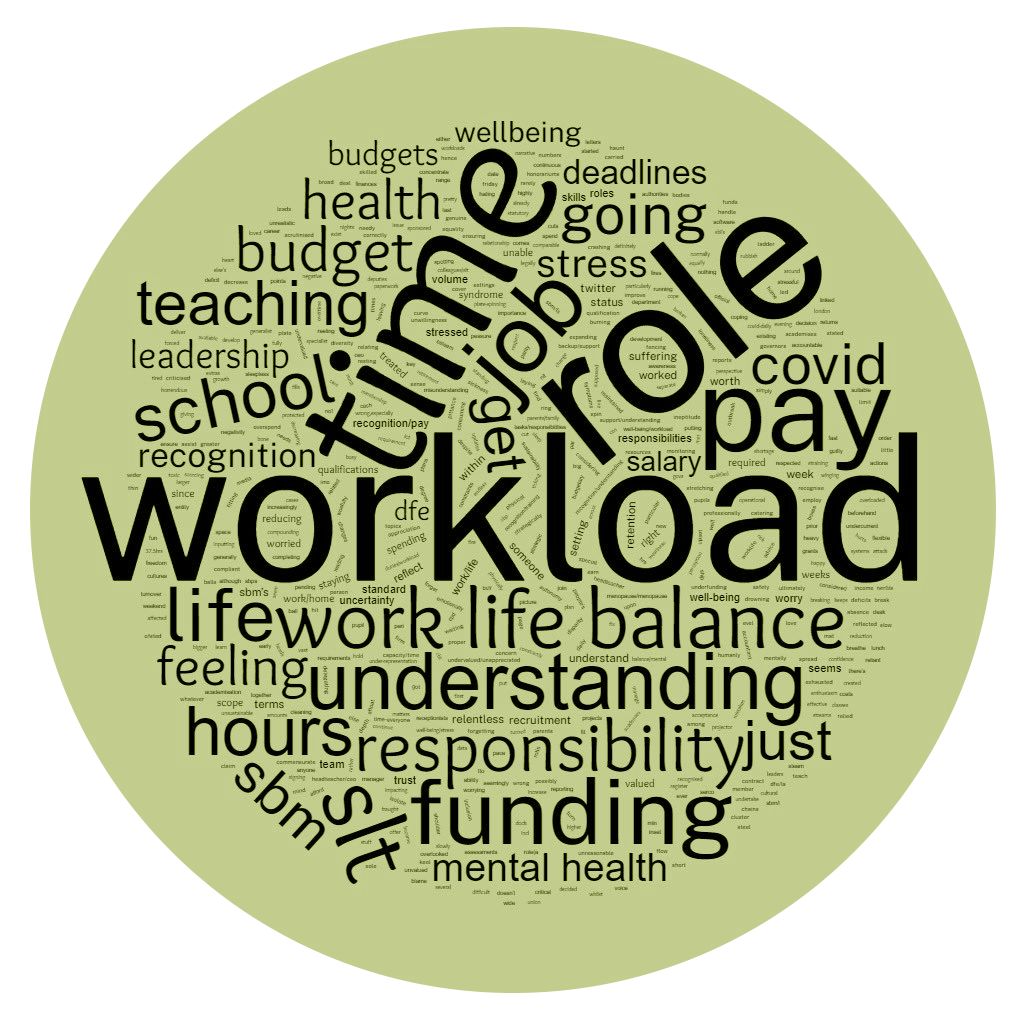 After receiving almost 300 survey replies plus private messages and DMs from SBLs, I was absolutely astounded to also receive messages from individuals, networks and organisations offering support and resources for SBLs – for free.

Realising that this was bigger than I had ever imagined, I reached out to my network and asked for help to collate the responses, review the feedback and make a plan.

As the messages continued and the movement gathered momentum, it became clear that the message and need went far beyond #NotBroken.

After attending the annual ISBL conference in November 2021 and meeting with more SBLs and being approached by people who had heard about the movement through word of mouth and wanted to help, I knew that this had grown bigger again.

I knew that this wasn’t just about being reactive, it was about being proactive and providing as much help, advice and guidance to SBLs that we possibly could.

Some SBLs also highlighted that the use of the word ‘broken’ may carry some negative connotations in that it could be construed that there was a belief that the profession is broken in some way.

And I do not believe that is the case at all.

We are a strong, competent, powerful profession and we have met and exceeded expectations time and time again. We have proven and continue to prove ourselves through the good times and the bad.

We are also a rich, diverse and collaborative community. We have so many amazing individuals, networks and organisations who work within and support the profession both directly and indirectly.

They provide SBLs with the opportunity to train, develop, advance, connect and share and give the profession a voice in a variety of capacities and forums, in a variety of ways.

They also provide support and this support comes in many shapes and sizes.

And that’s where the SBL Support Hub comes in.

The SBL Support Hub is a neutral place, signposting SBLs to free tools and resources already available to SBLs in one place, bringing the support that SBLs need directly to them in an easy and efficient way.

It will save SBLs time searching and provide visibility to the resources that can support them in in their role in a variety of formats.

The feedback that I’ve received and continue to receive will also be used to inform the conversations that I have with individuals, networks and organisations in order to facilitate the type of the support that directly addresses SBL need.

However, I do not want to overlook the very real fact that the root cause of some of the issues that SBLs face cannot be resolved with a webinar, download or helpline.

Whilst SBLs can be supported in their contexts to address issues such as workload and pay, a different approach is needed to address these on behalf of the profession as a whole.

Our profession is fortunate to have many advocates working to bring about change and I know that these conversations are already underway.

Through the work of the SBL Support Hub, I add my voice to those who are already having these discussions to help to amplify our collective SBL voice to those who can bring about the changes that SBLs not only want but need to happen while simultaneously raising the profile of profession across the sector.

Check out the FAQ…

We'd love to hear from you!